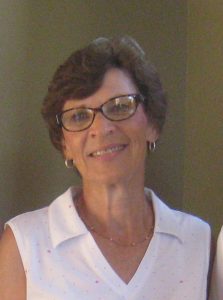 This organization has played an important and beneficial role in the history of the club for over a half century. It was founded in 1950 by a small group of women (Hattie Jolly, Hazel Crandal, Hester Goodspeed and Charlotte Shannon, wife of the pro, Hershey “Hersch” Shannon) to offer the women of the club the opportunity to play together on a regular and regulated basis. They chose for their day, Tuesday, the traditional “Ladies Day” in most private clubs. Once in operation the women also took on the responsibility of working with the men in the club to organize a Junior Golf program as well as social programs and mixed golf for all members of the club. For the next half century this group also ran fund-raising projects netting thousands of dollars for improvements and beautification of the clubhouse and course. The organization has followed very closely its original format passing on its successful traditions for decades. The style of competitive play, like the rules of golf in general, have also changed very little in that same period of time.

About 17 women currently belong to the association and play in  the 18-hole group.  Most of the ladies have found that playing with other women improves their play largely because of the combination of competitiveness and companionship. They learn from each other the nuances of ladies’ golf as well as the rules and etiquette of golf. Most feel they are better prepared to play , too, in other social or mixed golf events. Belonging to the association entitles the women to join the Greater Cleveland Golf Association (GCGA) which sponsors all sorts of tournaments for its member clubs ringing the Cleveland area. The Oberlin women helped to found this group and have played a leadership role since its beginnings in the late fifties.

The Association’s season begins with a Spring Brunch at the clubhouse on the fourth Tuesday in April and ends with a Fall Luncheon in differing locations on the fourth Tuesday in September. Pairings and official play begins on the first Tuesday of May. The Association Championship is usually the first full week of August with the field in flights and competing in match play on Tuesday, Thursday and Friday of that week. Special team-day play occurs on the fourth Tuesday of each month with the teams composed of golfers from some or both of the classes (A and B players) and competing in a two Best-Ball of Scramble-type event. General meetings of the association also take place that day after lunch. In recent years the field is assigned to begin on different holes in a shot-gun start at 8:30 a.m.

The club is a very special club in that it is one of the oldest clubs in the state (1899) and it is recognized as having one of the most beautiful and challenging courses in northern Ohio. It combines two nines representative of two different eras-the long, straight, tree-lined fairways of the original nine with the old-fashioned, relatively little tight greens and the newer (1960s) course, shorter and more precise. They are a challenge for any golfer and, for the ladies, perhaps the best around for perfecting their game. Many of the better women golfers from the other clubs have been quite outspoken about how much they love to play at Oberlin in the GCGA district events. The Association members have always tried to make their annual Guest Day a very special event representative of the unusual camaraderie of the group.